The relationship with Adolf Busch has played a fundamental role in Istomin’s development, both as a musician and as a man. 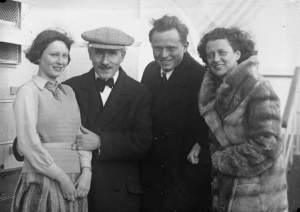 With Eugene Istomin being a student of Rudolf Serkin at the Curtis Institute, Adolf Busch probably heard of him very early on. Busch took part in the jury which awarded Istomin the 1st Prize of the Leventritt Competition in 1943. He also attended Istomin’s New York debut in Brahms’ Second Concerto and warmly congratulated him. Busch did not hesitate to engage Istomin as the soloist of the big tour he was preparing at the beginning of 1944. Busch’s career as a soloist was jeopardized by his health problems and by the opinion of many managers and concert goers that his style of playing was old fashioned. Even Toscanini, who admired him so much, had turned his back on him, preferring Heifetz for Beethoven’s Concerto. Thus, Busch would relaunch the Busch Chamber Players as a way of reviving his career. Because Serkin was very busy with his own activities as a soloist and a teacher at the Curtis, replacing him with Istomin seemed a natural solution. 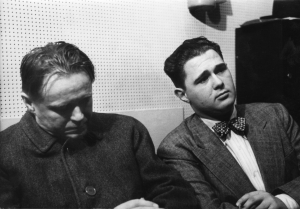 Busch and Istomin listening to the playbacks of Concerto BWV 1052

Eugene Istomin spoke of this in an interview in 1987: “It was an incredible, fabulous experience! For two years in succession, we played more than a hundred concerts through the United States, including the most prestigious places. I performed alternately Bach’s Concerto in D minor, three concertos by Mozart (K. 271, 414 and 449) and the Andante Spianato et Grande Polonaise by Chopin. I also played the continuo in all the baroque works of the programs. It was a fantastic apprenticeship, you realize! Not only did I do these tours with Busch, but I also spent two summers with the complete Busch family, in 1944 and 1945. We played together, along with his brother Hermann, all the great repertoire for violin and piano and for trios!”

This happened in a friendly atmosphere: “I was learning a lot, but I was not at all regarded as a student. Busch never interrupted me to tell me to play like this or like that. I remember once when I was playing some Intermezzos by Brahms, he told me: ‘Wrong, but very good!’ He actually trusted me to find out the truth. No need to explain. I had the ability to fully grasp his playing, to answer him, to enter into a musical dialog with him. With Casals, a few years later, it would be exactly the same. Playing with Busch was doubly rewarding. On the one hand it was the satisfaction of making wonderful music. On the other hand, it was a very special feeling of belonging to the small circle of great musicians. I realized that Busch was saying: ‘You’re one of us!’ It was not a father’s word, but the one of an affectionate older brother. It was thanks to Busch that I was able to record my first disc, Bach’s Concerto in D minor. It wasn’t planned, he imposed me to Columbia!” 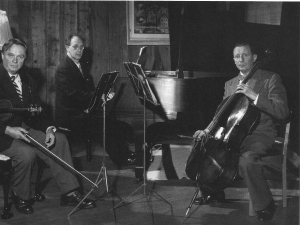 By living alongside the Busch family, Istomin realized that a musician needs to be enriched by his reading and his curiosity for the other arts. The Busches helped him to enrich the collection of paintings and drawings he had just begun. One of the major tokens of their affection was a book they presented to him: Basic Verities, a translation of Charles Péguy’s prose and poetry published in 1943 by Panthéon. Adolf and Frieda had copied on the front page a quotation from the French poet and philosopher: “The life of an honest man is a perpetual apostasy”. It was clearly an invitation to follow this moral principle. Being an honest man implies that you follow the demands of your conscience, whatever the consequences they have on your life or career. For Busch, this had led him to opprobrium in his own country, to exile and to the decline of his career. It was a very hard lesson for an eighteen-year-old man, but it remained more deeply engraved in him than he himself believed. 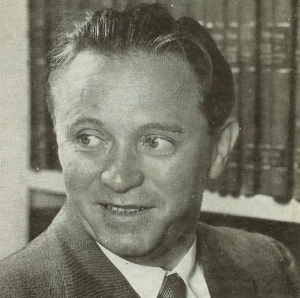 Istomin remained loyal to the Busch family and to their philosophy all his life. He was very saddened by Frieda’s illness and death in 1946. When Adolf Busch played again for the first time with orchestra in Germany, in 1948, he asked Istomin to join him, and Istomin came immediately from the South of France where he was on sabbatical. The return of Adolf Busch, who had not set foot in Germany since 1933, was felt by the audience as a kind of forgiveness, even redemption. But, inevitably, a question haunted Busch: what part of responsibility, what possibly guilt is behind the faces of these people cheering me? For Istomin, this experience was also very special and contributed to his refusal to play in German countries for 25 years.

In the late 40s, Istomin often performed Busch’s Suite Op. 60b and some Pieces Op. 82 by Reger in his recitals, Busch being a fervent champion of Reger’s music. He also played privately the Sonatina for violin and piano that Busch had just completed, and he premiered his amazing Seven Spirituals for chamber orchestra with piano.

The Marlboro School of Music and Festival was Busch’s project. Even if Busch could only participate in the first year, it remained his legacy and proved to be one of the most remarkable musical and human adventures, allowing countless young musicians to develop and reveal their talents. It is still flourishing. Istomin returned to Marlboro as often as he could, six times between 1957 and 1986, and he spent a few days there almost every year.